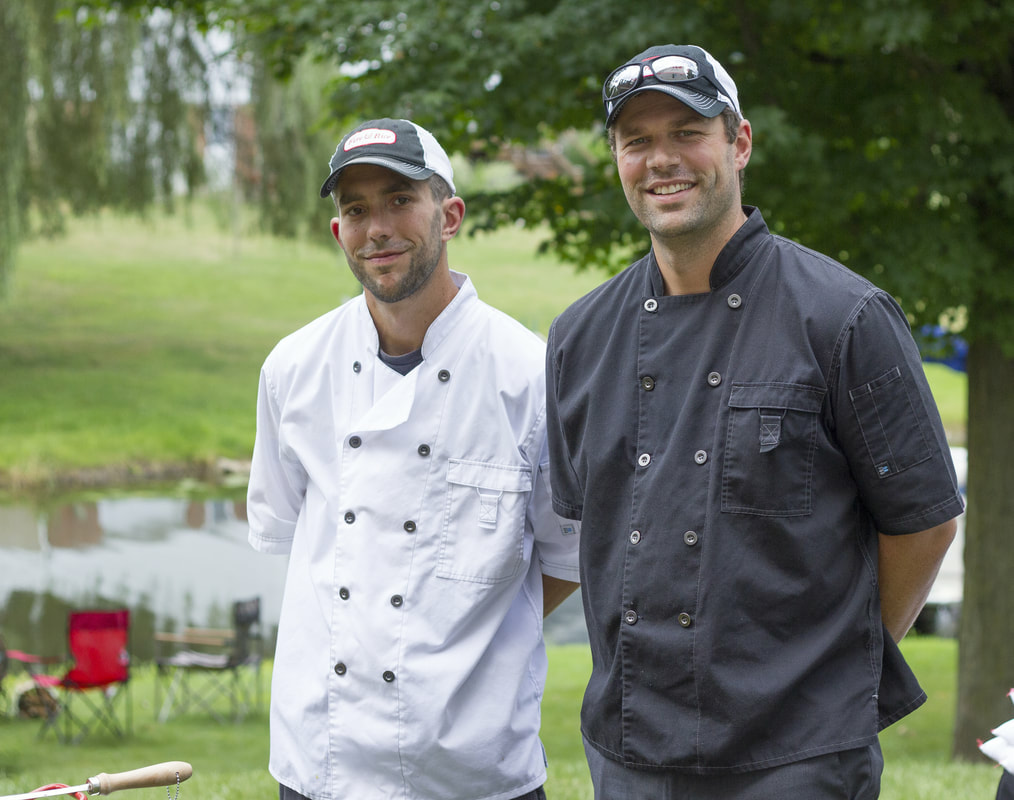 Paella is a traditional Spanish dish made from rice, saffron, vegetables, seafood and meats prepared in a large shallow pan over an outdoor fire and Nick Neveau and his team are preparing it in Lansing.  Nick recently opened a Fire & Rice franchise, a catering company that specializes in traditional paella for festive gatherings such as parties and community events.
We’re kind of a cross between a food truck and a catering company,  The perfect paella has nice, tender rice with a rich saffron flavor and a golden hue. The chicken and sausage or seafood round out the flavors to put a smile on your face.


Nick grew up central Michigan and is a graduate of St. Johns High School and Central Michigan University. Nick has worked for Tony Sacco’s Coal Oven Pizza for about three years and opened nine restaurants for them, then left to go to work for the Potent Potables Project, which owns The Cosmos, Zoobie's, Creole, and the Dolson.  Nick started as chef at Cosmos & Zoobie's and has since moved to the corporate Executive Chef position.  As our Fire & Rice franchisee has expanded we decided to bring on our family to help us keep up with the demand so now we are one family working towards a common goal.


"I kind of fell in love with the food industry and one unique thing that always stood out to me was food trucks," "I’ve just always watched the food truck scene. Portland, Oregon and Austin,Texas have kind of been the two really food truck cities for years and years now, since they kind of came into fruition. And the food truck has just always been something I’ve really wanted to do so Fire & Rice was the perfect fit for us.  It gives us the flexibility of operating as a food truck but also allows to to function as a catering company".

You can trust Nick and his team.

Life is a collection of memories and our goal is to provide you with an opportunity to create new and wonderful memories with your friends, family and possibly new friends you have yet to meet.

Fire & Rice founder, Chef Paul Schmidgall, was introduced to paella over two decades ago on a little island off the coast of Spain. He learned how to cook the paella by watching an little elderly woman make the dish every Sunday afternoon.  She was so passionate about the ingredients that she used and how she made the paella, it was absolutely captivating.

Just as generations of people before Chef Paul  learned, he watched her preparing the chicken and sausage.  He watched as she cleaned the fish, prawns, and shellfish.  She even let him light the fire to cook the paella.  She showed him why it was so important to use the proper type of rice in the paella.

"Simply put, use the best ingredients, treat them with care, take joy in serving your guests and you will live a fulfilling life.  Santé!"
- Chef Paul Schmidgall

Fire and Rice is fully licensed and insured.  Chef Paul Schmidgall graduated from Johnson and Wales with a degree in Culinary Science and Marketing, he also has an MBA in International Business from the University of Phoenix. He is an Air Force veteran, having served in Desert Storm and Desert Shield. Chef Paul was recently awarded a Paul Harris Fellow as a member of the Naples North Rotary.
Proudly powered by Weebly